Coffee Commune (咖啡公社) is one of the few cafes supporting Yunnan coffee in Shanghai. Its managing director, Eric Baden, is a German who was CEO of a chemical company and has lived in Shanghai for almost 20 years.

Yunnan coffee beans are the main product on the shelf when you enter the cafe near Longyang Road subway station in Pudong New Area.

A high ceiling with ample space provides consumers with a relaxing, bright and pristine environment. The mural, showing a woman planting coffee beans, illustrates the connection between coffee and farmers in Yunnan.

For Baden, Coffee Commune is a “Shangri-La” from the heart. It is not only a place for him to fulfill his coffee dream, but an intermediary platform between Yunnan farmers and the global coffee market.

Connecting Yunnan Coffee to the World

Ten years ago, Baden discovered stories of poor people in Yunnan. After careful consideration, he decided to devote himself to the coffee industry and help local people earn a decent living by planting coffee beans and expanding their markets.

He believes that “we need to get to the root of the problem and help rural communities stay intact, so people don’t have to leave where they were born, grow up and be part of the community.”

Baden systematically acquired his knowledge of coffee in a coffee school in Yunnan. Now he goes there regularly, at least once a month, to teach farmers how to grow, harvest and dry better coffee beans.

He feels connected and touched by these local populations. Seeing the living conditions in which “these very sincere and hard-working people live” broke his heart. But knowing that “they have so much joy doing what they do and making progress” also won her heart. That’s the reason why he tries so hard to protect the “Shangri-La” from these farmers.

Based on Baden’s efforts, the word “commune” implies that he is “trying to build a community”. Farmers are more familiar with the Chinese”gongshe“, which was widely used as “Renmin Gongshe (People’s Township)” during the second half of the 20th century in China. It is the best way to bridge the gap between locals and expatriates, and young and old. 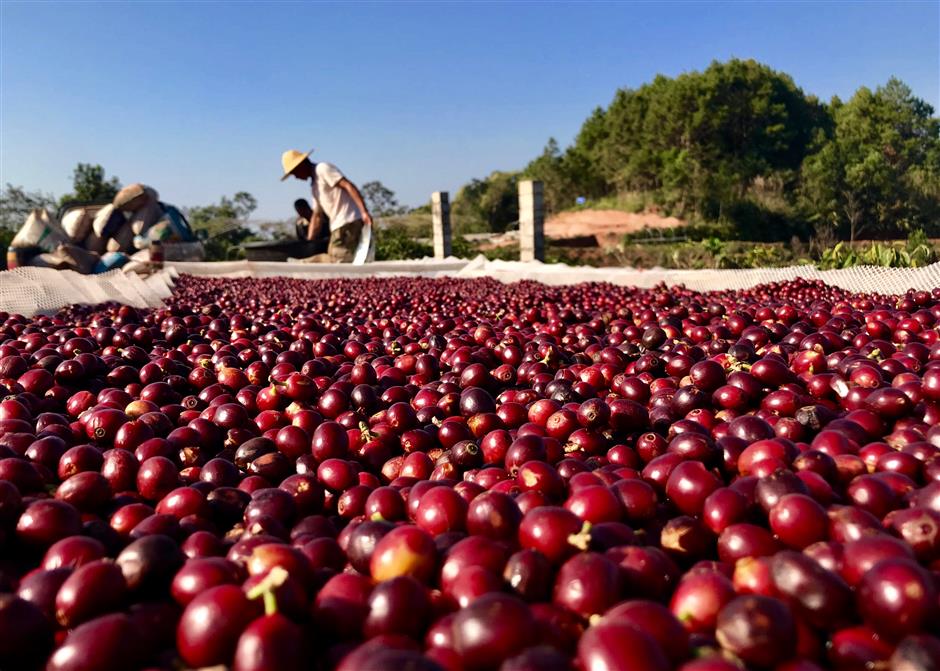 consumers to promote their high quality coffee beans to the world. Baden continues to try to find a place for Yunnan coffee in the world and focuses on the region’s red soil. He dreams that he can be called “the Red-Earth coffee community”. He wants to set up a chain to prove that coffee from Yunnan could be a brand equivalent to that of other origins, such as Colombia and Ethiopia.

His hard work started to pay off in late 2019. A New Zealand coffee roaster invited him to attend Golden Bean ANZ 2019, one of the biggest coffee competitions in the world, in Sydney. He won the silver medal in the milk-based category, which made him more confident about the huge potential of Yunnan coffee.

The impact of COVID-19 has been a major challenge in its quest to promote Yunnan coffee. previously, he had many chances to be a coffee judge all over the world, so he brought samples from Yunnan with him. During breaks, he would seek advice from other judges and then give feedback to Yunnan farmers to improve quality.

Although he cannot personally represent Yunnan coffee to the world since the pandemic, he insists on sending samples to different countries, so that more people know about the high quality of Yunnan coffee beans.

Baden first visited Shanghai when he was posted to the city by his former chemical company. He now finds life and culture easy and has built more relationships, so he’s staying.

He has been living with his family in Kangqiao, a community 10 kilometers from his cafe, since arriving in Shanghai. In his spare time, he loves to walk his dog Daisy and spends time with his family in the garden, an activity that makes him feel like he is back in his country.

Baden knows more about Puxi from his habit of “shopping around cafes” – riding the subway, choosing a kind of coffee, like Espresso, Latte or Americano, and randomly ordering it from different cafes, just walking slowly along old streets with sycamores and old villas. 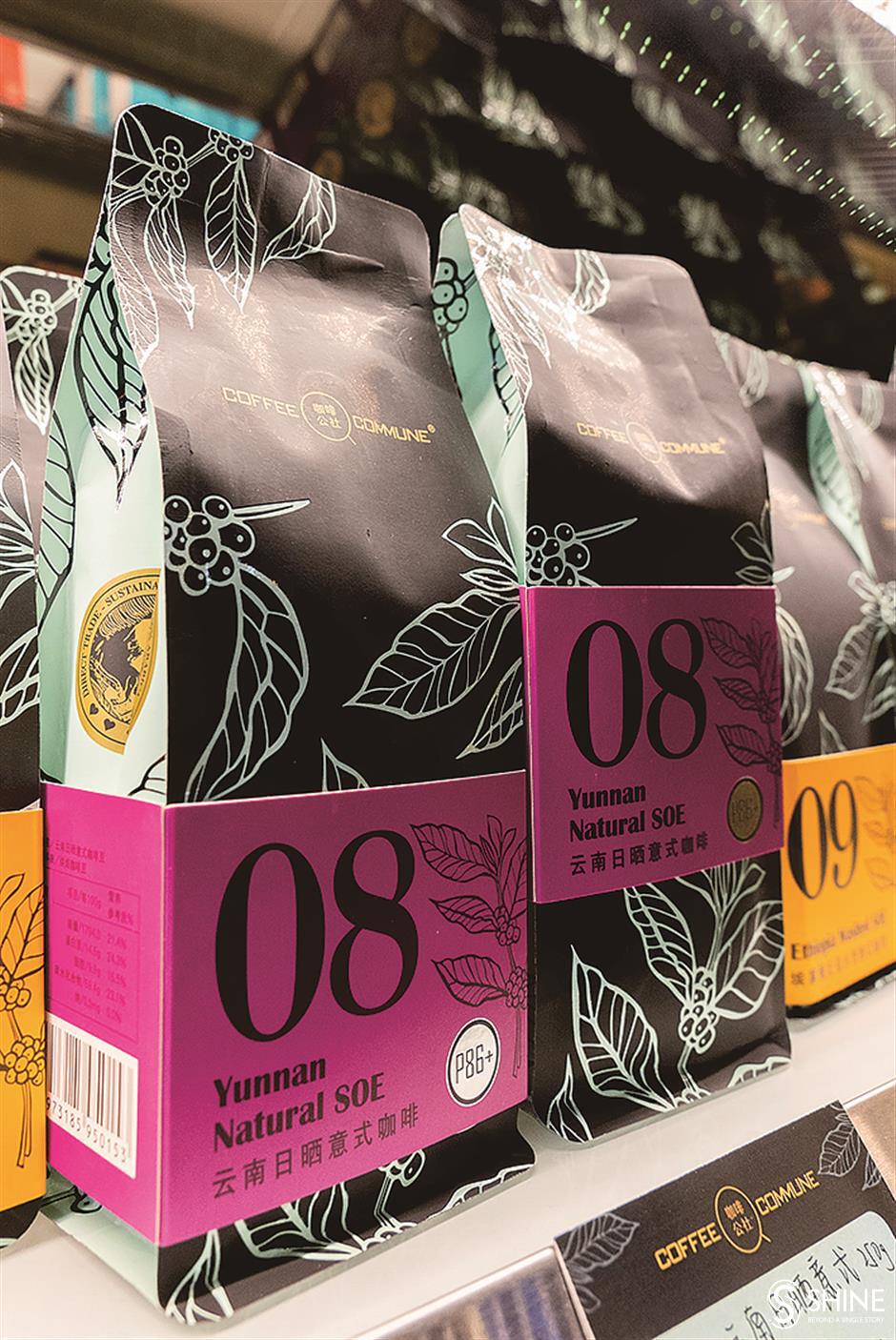 In terms of cafe culture, he thinks Puxi and Pudong, separated by the Huangpu River, are like Manhattan and Brooklyn in New York. The “espresso culture” in Manhattan is fast, like in Puxi, where consumers prefer short, fast coffees. Across the river, they’re more willing to “savor the smell of coffee” at a Brooklyn-style cafe.

“That was my vision for this place,” Baden said. Coffee Commune is his dream cafe – a large space with a slow pace. It’s more like a “laboratory” for consumers to gather and enjoy coffees from time to time, allowing Baden to communicate with people of different age groups with different coffee preferences.

As an expat living in Shanghai for two decades, he was deeply drawn to the city’s creative and rapidly evolving cafe culture, featuring local delicacies. Cafes are like “Shangri-La” for coffee lovers to escape from the busy city for a short rest.

Baden notes that big brands like Starbucks initially introduced coffee to China. Many expats opened individual cafes later, but they paid more attention to expressing their own coffee culture to local consumers. Most coffees were roasted and made in exotic yet traditional ways, such as espresso, flat white, or pour-over coffees, in the first generation of cafes in Shanghai. 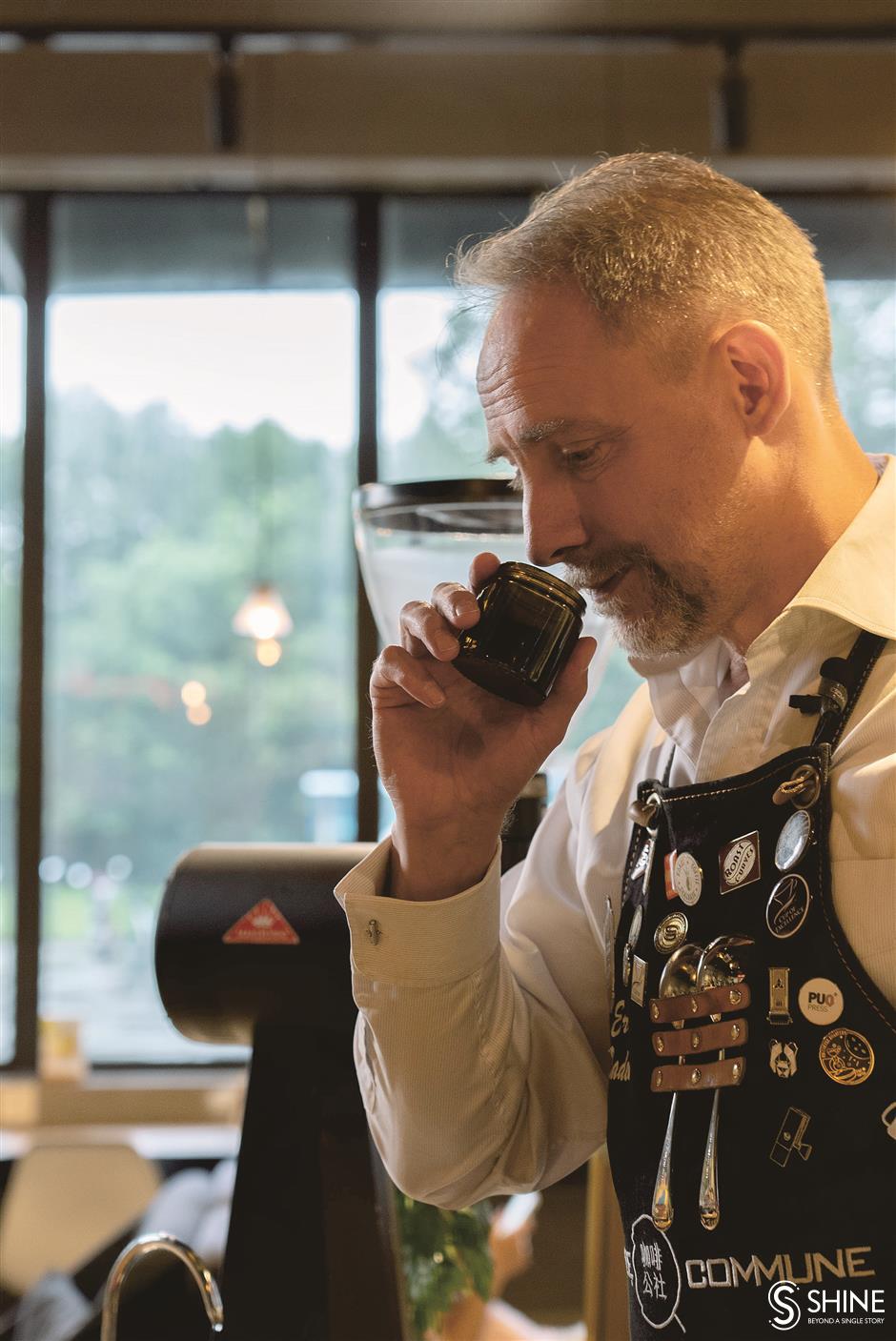 “They like to mix and match everything. They start by learning everything they can about coffee, so they know all the different styles. They just open a coffee shop in the sweet spot that they personally prefer.” In terms of diversity in Shanghai, Baden finds it fascinating.

He also finds that in the digital age, most cafes are beyond selling coffee and no longer a third space for social communication: “It’s changing to become more of a space for self-expression than a space to pass my time and do my usual routine.”

wanghong (Internet celebrities) rush to famous and crowded cafes, focusing on design rather than flavors and continually taking selfies to meet social media needs. It’s a new way to express their personality, but Baden believes “designs come and go, what’s left is a solid product.”

Although it is difficult for Baden to promote overseas samples due to international logistics affected by the pandemic, there are now opportunities for Yunnan coffee in the domestic market, especially for specialty beans. More and more cafe owners and coffee lovers are choosing local and high quality coffee beans.

Baden noticed that the demand for coffee beans in China has shifted from quantity to quality. The market share of premium beans has increased significantly, especially Arabica which is becoming the major coffee product in Yunnan.

Baden thinks this is the best time to seize the opportunity to improve the quality and image of Yunnan coffee beans: “You need to collect your unique product and promote it.

With more mature coffee consumers in Shanghai, Baden expects the city to play an increasingly important role in shaping the future of global coffees.

He doesn’t “feel like a foreigner here anymore” because after living in the city for so long, Shanghai has gradually become his home.