In his closing remarks, Mr. Phan Van Mai acknowledged and highly appreciated the efforts of the Can Gio District People’s Committee, with positive results. In concrete terms, the administrative reform has achieved many results, and the rate of unresolved cases has decreased compared to 2021, particularly those related to land.

It shows that the district has made efforts to focus on administrative reform, building e-government, introducing technology into administrative work, contributing to reducing the pressure on civil servants and district officials and fast and convenient processing of personal and business records.

In the area of ​​culture and society, the chairman of the people’s committee of HCMC said that there were encouraging results. Vocational training, job creation and social policies have been actively implemented by the district. Mr. Phan Van Mai commented that Can Gio district has made excellent results in social policies, contributing to the development of the district.

However, Mr. Phan Van Mai noted that Can Gio district is far from the city center and travel remains difficult. Therefore, the Internet is the most convenient way to connect and solve problems without spending a lot of time and effort on the go. At the same time, it is a way for people and businesses to access information and administrative procedures.

Highlighting the role of the Internet, the chairman of the people’s committee of HCMC asked the district to continue to stick to this goal. At the same time, he requested the Information and Communications Department of HCMC to coordinate and support Can Gio district to promote the application of information technology, build e-government and promote the administrative reform.

In addition, Can Gio district should apply information technology more strongly in reforming administrative procedures, building e-government, and increasing the proportion of people and businesses using public services. of levels 3 and 4. He believes that by the end of 2022, the district of Can Gio will create positive changes in these groups of works.

In the time to come, Mr. Phan Van Mai noted that for the unachieved targets, it is necessary to quickly focus on the review and urge relevant agencies and units to do well and exceed the set targets. At the same time, the district must be more drastic in the disbursement of public investments. Projects that absorb capital well will be pursued to promote implementation. For those that have not been disbursed, agencies and units will coordinate to review and analyze to remove difficulties and obstacles on each project. The chairman of the people’s committee of HCMC stressed that the Can Gio district must try to use all the public investment capital allocated by the city in 2022. 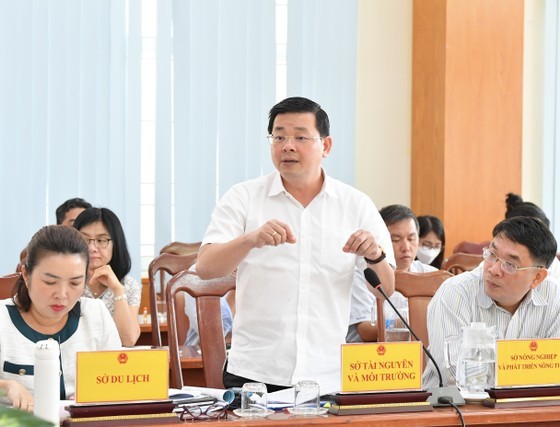 Regarding the tourism economy, Mr. Phan Van Mai asked the district to focus more, especially on creating highlights to attract tourists. Specifically, the district should pay attention to green tourism to build tourism products with its specificities. It’s time for her to think about vehicles using environmentally friendly fuels.

Addressing each specific issue, Mr. Phan Van Mai noted that for the night economic zone infrastructure for tourism, the district should calculate what should use budget capital and what should be socialized.

Regarding the general planning of the district of Can Gio, he pointed out that it is the root of all the problems. Therefore, he asked the district to coordinate with the Department of Planning and Architecture to expedite this. The district should pay attention to forest land management, forest preservation and development. For the area of ​​land intended for salt production and aquaculture, it is necessary to calculate and redo a planning for the balance and update it in the general planning of the district. As for urgent projects suitable for planning, it is necessary to consider each project.

The chairman of the people’s committee of HCMC affirmed that the results should be seen as a measure of work efficiency. He asked each agency, unit, department and locality to clearly define the problems and the approach to them to determine the responsibility and implement it together so that the difficulties and problems of the district are removed. 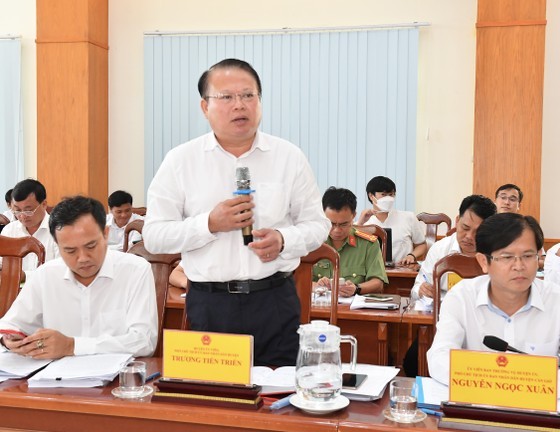 At the meeting, Vice Chairman of Can Gio District People’s Committee Truong Tien Tien proposed that HCMC work with Tien Giang Province to open the fourth gateway – a sea ferry route from Can Gio District. Can Gio in Go Cong Dong district in Tien Giang province. Regarding this proposal, Mr. Bui Hoa An, Deputy Director of the Ministry of Transport of HCMC, said that the Ministry of Transport has studied the establishment of this sea ferry route.