What it was like growing up in a commune

Have milk? The author, his father and the common cow.

Thank you for registering for The nationweekly newsletter.

Thank you for signing up. For more than The nation, see our latest issue.

The nation is supported by readers: Donate $10 or more to help us keep writing about the issues that matter.

Did you know you can support The nation drinking wine?

When I was in fifth grade, all I wanted in the world was a pair of shiny Umbro football shorts. I didn’t play football; I just wanted to wear the shorts to be like all the other kids in my class. My parents didn’t buy me the shorts.

It was not a question of money or ideological objection. My parents didn’t buy me the shorts because they didn’t know where they were sold and weren’t interested in knowing. They were not informed consumers. Buying new was so uninteresting to my parents, especially my father, that most consumer behavior was foreign to them. Requiring my dad to navigate a mall would have been like asking him to speak a language he didn’t know.

I don’t blame him; he had other interests. My father had helped found the Total loss farm town in Vermont in the 1960s, and that’s where I spent part of my childhood. Total Loss Farm was home to activists, artists and writers involved in many political movements of the late 1960s and early 1970s. It produced theatre, books, newspapers, gardens and many, many parties . But unlike many doomed back-to-the-land projects, Total Loss Farm resisted – it celebrated its 50th anniversary few years ago.

Within the community he had helped to build, my father was a person of reliable and highly sought-after expertise. During his adult life, he learned about the natural world, about construction (he and his friends, all self-taught carpenters, built the house we lived in), and about politics and the flow of to be able to. But for my parents and their fellow citizens, being a good consumer was not a recognized skill.

Today, I have a son in fifth grade. My knowledge of the brands and devices coveted by him and his friends is perhaps even more nuanced than theirs. I know all the best places to buy whatever they want, and I take some kind of pathetic pride in my expertise. I exchange this information with friends and we welcome each other to be notified. We don’t see each other much – we’re all really busy with work, of course – so a lot of that shared praise is via text. We text each other often and see each other rarely, during the pandemic as before. 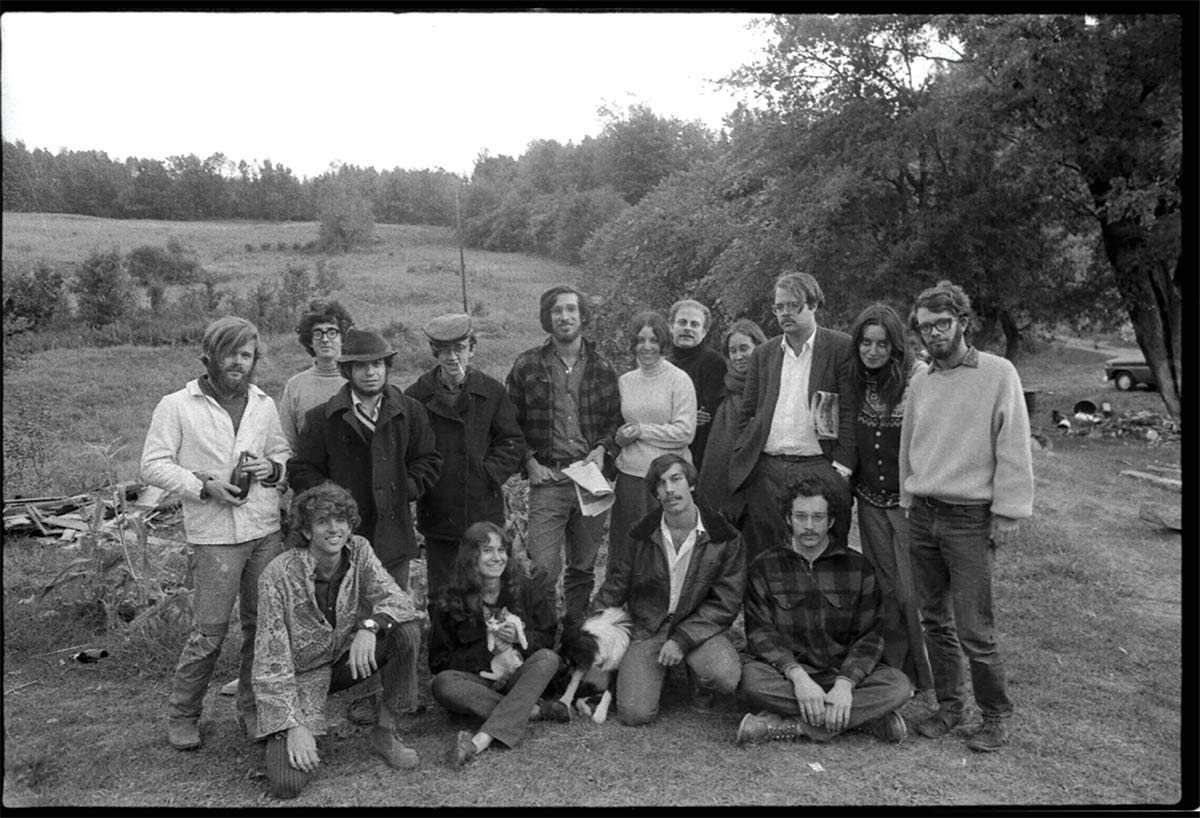 Founding Parents: Total Loss Farm Communards, circa 1968. The author’s father, Marty Jezer, is in the center holding a diary.

I be ashamed of how I’ve become a conscientious consumer. But this shame does not last long; even radical politics, in 2021, has been commodified. I try to shop locally, as most well-meaning middle-class city dwellers do. But to be honest, this behavior hardly strikes me as political.

I didn’t know what was radical about my upbringing until I became an adult. When I was a kid, being raised in a commune meant being teased for the lunches I brought to school, not knowing the lyrics to hit songs on the radio, not having the football shorts. Ideologically, however, I was so immersed in the world of the commune that I could not see out.

A pivotal experience finally showed me what the commune meant in the world. When my father died in 2005, he was 64 – among the first in his community to leave. It was a shock; his memorial service overflowed. At his burial, in the Jewish cemetery in the Vermont town where he lived, dozens of friends were there as we lowered his coffin, handmade by a friend, into the ground. An earth-moving machine parked discreetly at the edge of the cemetery, waiting to bury the coffin once we left.

There was a shovel on hand, and just as we were about to disperse from the grave, a friend started burying the coffin by hand. No one spoke, but we understood that a machine would not be used to cover my father’s body with dirt. We took turns burying the coffin ourselves. It took about half an hour. We tamped the dirt with our feet when we were finally done.

I consider this to be one of the most important experiences of my life. I remember it often; sometimes the thought alone still makes me cry. We do it together, we do it for each other, and we don’t pay anyone else to do the things that matter. That was what the commune meant, and it was the deepest lesson of my upbringing.

How did my parents demonstrate what they believed in? With nothing less than the very hours of their days. They were constantly engaged in group activities, whether it was political activism, gardening or cooking dinner for a handful of dirty-faced children – the majority of whom were not their own. Daily life has not pushed them to their energetic limit as it seems to do for me and my peers.

You could say it was a baby boomer’s privilege to be a relaxed, empowered parent, and there’s some truth to that: life was cheaper in the 80s and early 90s. My parents earned less money than me, yet they had more time – it’s a heartbreaking calculation. But when we lean too heavily on “OK, Boomer,” we sell ourselves short. Don’t we deserve to live our lives and be parents too? Can’t we imagine that being fun? 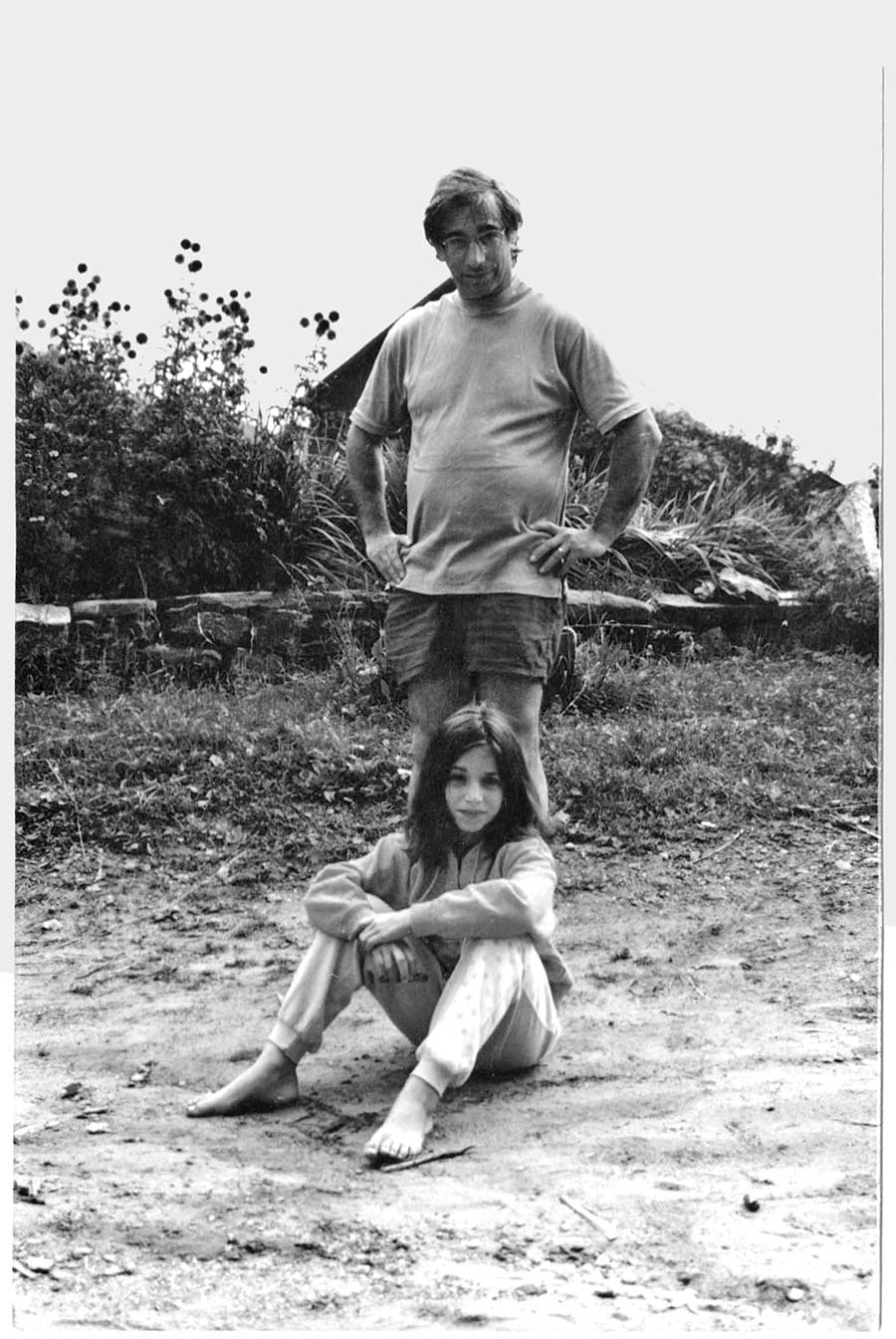 A difficult age: Father and daughter in an undated photograph.

Jhe coronavirus pandemic has pushed the nuclear family to breaking point, as many social critics have pointed out. But none of my friends, who all live in nuclear families, would probably choose to live cooperatively. Me neither, by the way. I believe this is mainly due to a lack of imagination, an inability to envision an attractive life beyond the limits of privacy, partner and children. Contrary to all the jokes I’ve heard about growing up in a commune, polyamory isn’t mandatory. Neither do chore boards and endless home meetings.

I always wanted my own space more than I wanted to share it. I’m a friend of the good old days of community life – I want the good sides (community connectedness) without the bad sides (community never goes home). My parents finally made the same choice; they both left the commune before I became a teenager. If you’re ready to commit to life, congratulations and urge you to invest in the biggest dishwasher your money can buy. (I’ll help you research it online!) But whether or not you live on a commune, communal interdependence compels us to give up our stubborn belief in the myth that we have complete autonomy over how we let’s spend our time.

Neoliberal family life has turned the very idea of ​​responsibility to others into a terrible burden. We associate having to check in or doing favors to others as some kind of system failure. If you’re looking to optimize your schedule for maximum efficiency, having to take a break and accommodate someone else’s pace and needs – someone not even related to you! – throws a spanner in the works. At some point, however, we have to ask ourselves what rewards we reap for optimizing our nuclear families. Why?

Everybody’s life is everybody’s business in a commune, and while that can be quite a hassle, it also means there’s usually someone nearby to help with cooking, cleaning, to babysitting or a ride to work or a cuddle. The occasional ongoing negotiation of interdependence that occurs in a commune normalized the sharing of my time and attention as a child. It meant that I was comfortable being cared for by people who weren’t my parents, and I didn’t expect to do exactly what I wanted exactly when I wanted to do it. These are qualities that I try desperately to cultivate in my own children, but it’s very difficult to do so when no one else is caring for them, and we rarely commit to anything that doesn’t. is not in the immediate interest of the whole family.

However, I oppose it. It is not second nature to give of my time and energy, as it was for my parents in the heyday of the commune, but I am determined to improve myself. My parents taught me that doing things together – building things, throwing parties, mobilizing for change – is the way to take care of each other. Today, our professional lives have spread like mold throughout our days, and we save a few precious hours for our social lives and our so-called self-care. “Work-life balance” always assumes that work pushes life into the margins and we have to fight to get it back.

Inviting our friends into more of our lives means reclaiming more of our time from the isolation of work and daily survival. Our social lives and our survival become the same thing. Having dinner parties will always be fun, but what about sharing childcare or participating in community organizations? When it comes to working for my employer, a strict boundary is essential. But when it comes to hanging out with my friends, why should I be so rigid? Why not let my social life take precedence over my errands and chores? Why do we have to try to “entertain” each other when our relationships would become so much deeper and more interesting if we did something other than snack on appetizers and drink wine?

A few years ago, when my local government decided to ban face coverings like the niqab on public transport, a group of my mother’s friends hastily organized a rush hour protest. Nothing solidifies friendship like trying to do something together. (The ban remained in place, but I doubt it will last following a pandemic in which we have all been mandated to cover our faces.)

My parents made a life like this seem normal. The world has since changed, and it takes me so much more effort to model my community’s interconnectedness with my children. I want them to see their time as something to be shared, a gift to be given continually, forever.

If I die tomorrow, will my friends feel compelled to bury me by hand? I’ll be asking myself the question unnecessarily until, well, I get my answer. I’ll try to give them a reason to take a shovel instead of letting the bulldozer do it. It’s not the least I can do, and it’s not the most, but it’s a start.

Commune takes flight with Singapore Airlines in its first-ever collaboration

The NEC’s view of the 2023 commune and national elections